I really did not want to get out of bed for this morning’s shoot. First off the skies were clear which meant no interesting clouds and a cold winter day. And second, it was my birthday. But my goal with this project is too add a bit of discipline to my photography and get myself out during the beautiful morning light. So up I got. And it got better and better every minute after that.

We live in the woods so I never know what the weather will be till I get out onto the main road. And when I turned onto the main road I found fog and frost. Now things were looking a bit more interesting. It was still early, maybe an hour or so before dawn, so I scouted out some locations I had been thinking about while I waited for the sun to come up. My loop basically took me from the ferry landing through Lopez Village down to Richardson then back north along the back roads on the east side of the island.

I knew I was eventually headed towards Hummel Lake since I had heard the Swans might be back. But I love the series of farms that stretch along Port Stanley road so I stopped there right before dawn. And was rewarded with some very friendly cows. 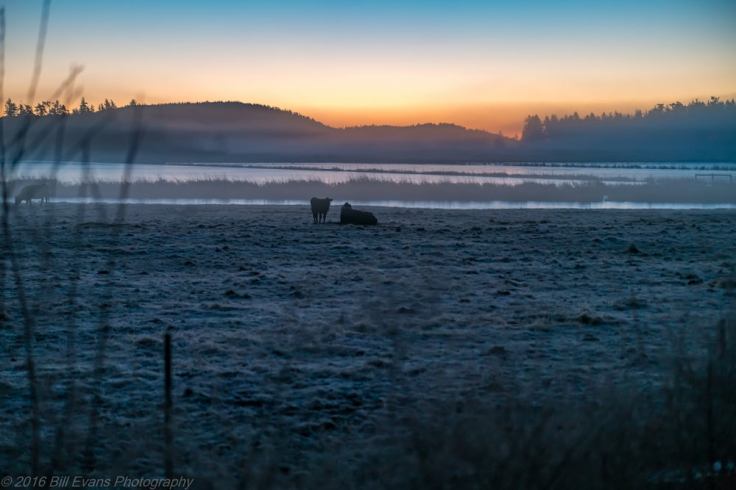 This scene just seems like Lopez Island to me. I moved here as a Sheepdog trainer who loved to sail and was stunned that I could live in such a beautiful rural setting surround by water with great sailing.

But dawn was coming quick and I didn’t want to miss the shot I had envisioned. So I packed up and drove “around the corner” to Hummel Lake.

And the light was epic. It was that perfect moment between twilight and sunrise with purples and blues to the west and golden light to the east. 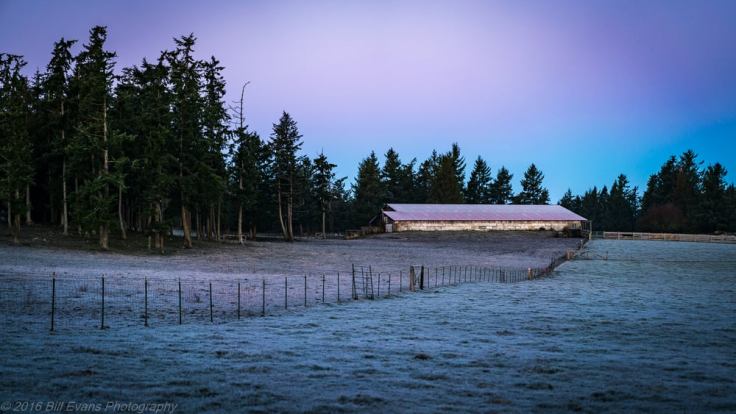 And I did find my shot, swans silhouetted by the golden dawn light, that I had been thinking about for a while now. But I’m not nature or wildlife photographer and every time I stray into that genre I gain more respect for those who are.

Mostly my gear is tailored towards landscapes and they as a rule don’t move much. In addition, I needed to move quick for these shots so I didn’t take out a tripod all morning. So this left me hand holding a manual focus 300mm zoom lens in pre-dawn light. Not really the best set of choices.

I do like the shot however. Quite a lot actually. I think it will be one that I’ll like try to duplicate and improve.

The rest of these shots are stop on the way home pics. I won’t lie, by this time I was pretty dang cold. And basically in “horse to the barn” mode. But I have a long tradition of getting some of my best shots on the way home. I guess because it takes something kind of special to get me out of the car and back into the cold.

But as I came around the corner towards the beach on Swift Bay there was some pretty glorious fog rolling over Humphrey Head. I stop and snapped a quick pic of the ferry passing through the fog. But I was already thinking about my next shot. 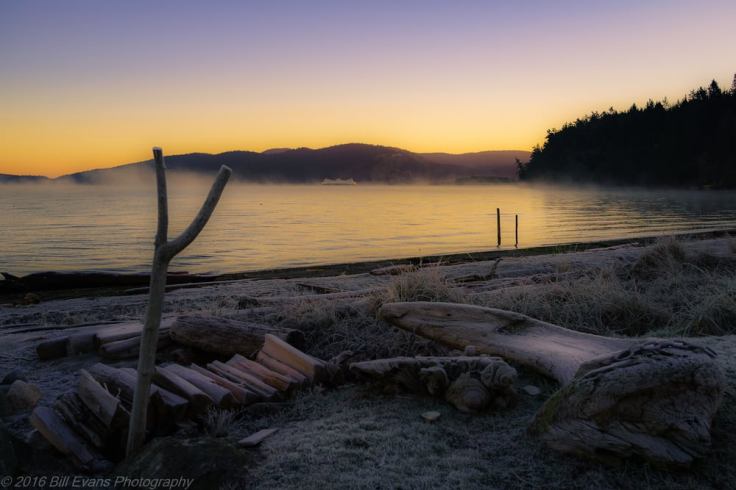 This is a location I have shot countless times and almost never published. I never quite seem to capture the vision I was looking for. But I was thinking the fog bank might be just what I needed to create this shot.

When I reached this spot, the sun had started to come up in earnest and the fog had lessened somewhat but still pretty close to what I had hoped. 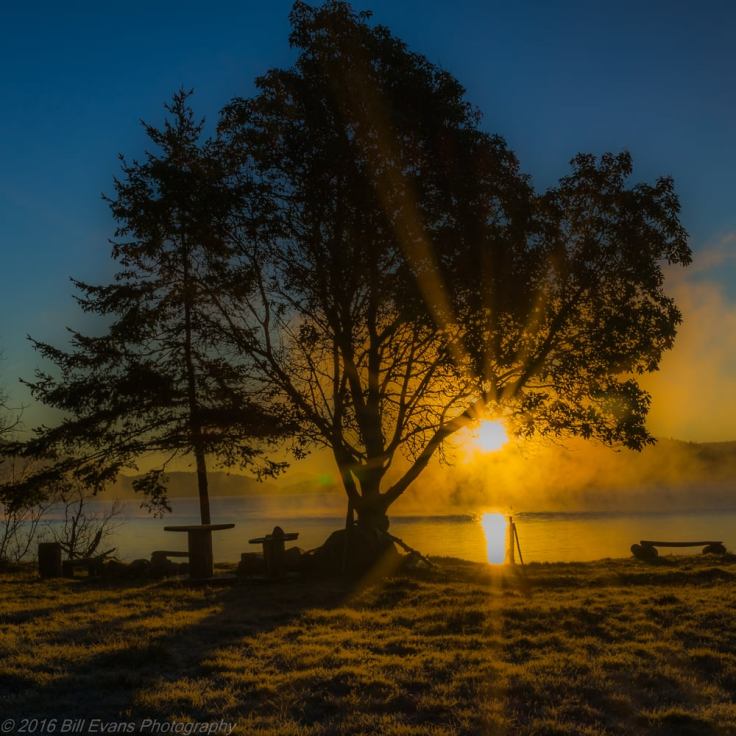 All in all a fabulous morning birthday shoot. And week 7 of my Morning Light project is in the books. And with Winter Solstice behind me I’ll gradually move towards warmer temps and earlier mornings.